The fact is, I enjoy being swamped in work, i.e I’m a workaholic. Is it a bad thing? If you ask me, nope, not at all. I’m bored sick when I don’t have something to do. Something that takes my time, energy and leaves me drained but feeling accomplished. It’s a drug. So much so that I often bite off more than I can chew, participating in almost everything. I mean you should make maximum use of your time right?
Like for example if you know you’re not going to study don’t put off a competition in the hopes that maybe you will if you don’t go. Odds are that if you do go and take part you’ll feel guilty about wasting the time and actually end up studying more than if you hadn’t gone. You’re more motivated too as well as more clear headed. I mean studying continuously days on end, in the same old pattern…..If you ask me I’d say that it’s a waste of your time. You won’t learn anything cause your brain is dulled and dead. By going out and exploring new avenues and experiences you keep your brain alive, active and happy. You’ll find that grasping new concepts or even revising old ones gets easier. You pick up things faster. It’s a scientific fact that constantly stimulating yourself boosts intelligence. Your mind is more adept.
Even if you have an exam the next day and you have a lot of syllabus left you should take breaks. Exerting yourself constantly is going to slow you down. Study for two to three hours continuously but after that you DESERVE a well earned break. Do what you want in it, preferrably something that doesn’t require much conscious effort. Whatever you do though never go to sleep, trust me you’ll never wake up in time. Well unless you have a human alarm clock i.e you threaten someone with murder if they don’t wake you up at the prescribed time. 😛 Breaks like these help your mind absorb what you just read and to store the information effectively. Without this everything gets cluttered in your head. After at least half an hour you can go right on ahead and continue studying. Jack Andraka, the person who discovered a cheap, effective diagnostic test for pancreatic cancer at age 15, also used this method. He used to research for hours and then go on a walk to contemplate what he had just read and sort through it.
What I’m trying to say is, don’t throw away your life for your exams. They aren’t as hard as you make them seem. We students tend to stress ourselves out over them too much. I really don’t get people who totally turn dead to the world a good three to four months before the exams. Yes, I know people have different speeds at which they pick things up, but I believe that overstudying is just as bad as understudying. Don’t waste your life. 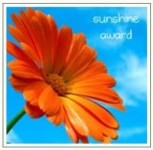